If you have been charged with a DUI, Driving Under the Influence or Drunk Driving in Kitsap County, you are likely to be experiencing a great deal of anxiety and uncertainty. At Kitsap Criminal Defense, we offer a free consultation with a DUI Lawyer who can help alleviate some of that anxiety and uncertainty by helping you understand the legal process, options, and potential consequences you may be facing. A DUI is much easier to face when you know what to expect.

Washington State takes an aggressive stance on DUI cases and we are equally aggressive in defending our clients. If you have been charged with a DUI, a trained, experienced DUI Lawyer at Kitsap Criminal Defense can help you navigate the legal system. Frequently, we are able to help get DUI charges reduces or dismissed altogether.

If you have been charged with Drunk Driving or DUI in Kitsap County, call Kitsap Criminal Defense at 360.204.5954 to schedule a free 30-minute consultation with a DUI Lawyer.

Washington State Law provides that anyone operating a vehicle in Washington has given implied consent to take a breathalyzer test upon request by law enforcement. Law Enforcement cannot force you to take the breathalyzer; however, refusing to do so will likely result in the loss of your driver’s license for a year.

DUI Convictions carry mandatory minimum jail sentences even for first time offenders of at least one day and up to a year in jail for misdemeanor DUI offenses. Your drivers license may be suspended for 90 days or a year or more depending on the circumstances of the offense and if there have been previous offenses. Additionally, you may be fined up to $5000 if convicted of DUI or Drunk Driving.

Washington State has a Zero-Tolerance law for Underage DUI including Juvenile Dui. It is illegal for persons under the age of 21 to acquire, possess, or consume alcohol in Washington State and it is illegal for anyone, of any age, to operate a vehicle while under the influence of alcohol or drugs. Even for a first offense of underage DUI, Washington State requires a mandatory minimum sentence of at least 24 hours in jail or juvenile detention if under 18. If convicted, you may also be required to pay fines up to $5000.00.

Minors convicted of Dui or other alcohol and drug related offenses can face many unintended consequences beyond just jail time and monetary fines. College admissions teams frequently look unfavorably on applicants who have criminal records and drug convictions. The conviction may prohibit eligibility for federal student loans. You may be denied enlistment in the military and have difficulty finding a job as well.

A young person making a mistake or bad decision is not shocking and does not necessarily define who they are now and forever. If you have been charged with an underage DUI, you may feel quite hopeless, however. The consequences of a DUI conviction for minors and adults under the age of 21 can be life altering. Sometimes consequences are simply unavoidable, but one moment of poor judgement or unfortunate circumstances should not destroy your future.

An experienced DUI Lawyer at Kitsap Criminal Defense can help you face the legal process head on, discover the options available to you, and help you make the best choices for yourself and your future. Your future is important to us. We provide methodical representation and aggressive advocacy for every client. If you have been charged with a DUI and you are underage, or you are the parent/guardian of a minor charged with DUI, call our office today at 360.471.3300 for a free 30-minute consultation with a DUI Lawyer.

Call to Schedule a Confidential, Free Consultation with a Criminal Defense Lawyer 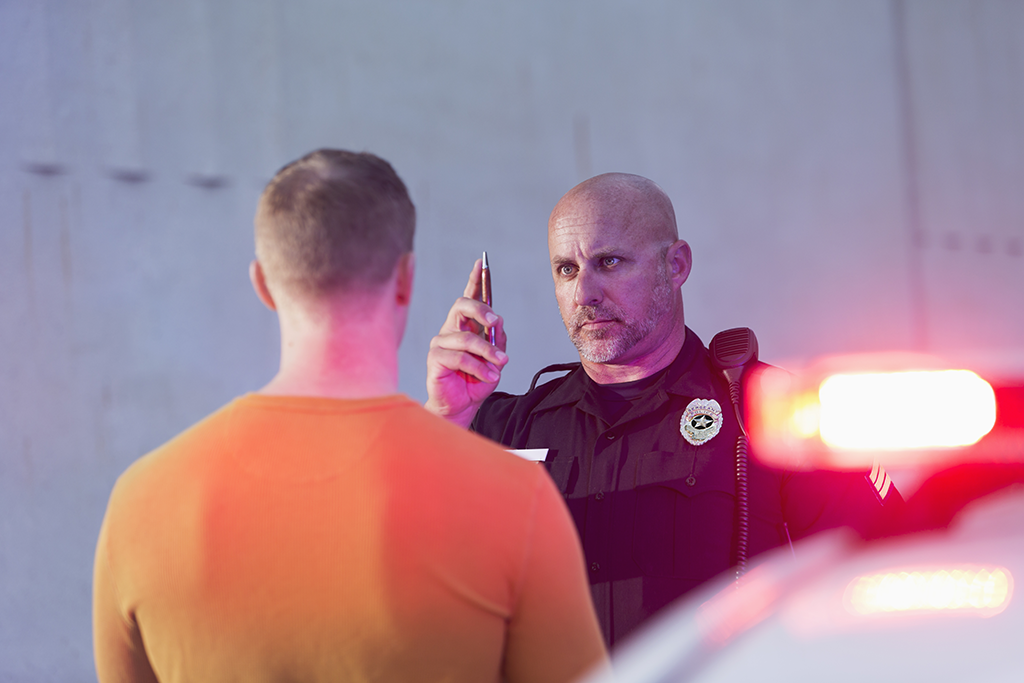 Under most circumstances, DUI in Washington State is as Gross Misdemeanor; however, DUI may be charged as a Class B Felony under the following circumstances:

E-DUI is the use of personal electronic devices while driving a motor vehicle on a public highway (RCW 46.61.672).  This includes, but is not limited to, cellphones, tablet computers and laptops.  CB Radios are not included in this statute.  If you are driving while talking on your cellphone, texting while driving or similar behavior you can be charged with E-DUI.

E-DUI does not include use of communication devices by first responders in emergency vehicles, transit drivers using relay devices, or individual employed as a commercial motor vehicle driver who uses a personal electronic device within the scope of such individual’s employment if such use is permitted under 49 U.S.C. Sec. 31136 as it existed on July 23, 2017. (RCW 46.61.672)

If you are a military service member charged with a Dui, you are facing a unique set of challenges that could not only lead to jail time and expensive fines, but also affect your career. Kitsap Criminal Defense is led by former naval JAG Corps attorney, Retired Lieutenant Commander Eric McDonald. He is intimately familiar with military law and an experienced DUI Lawyer.

Kitsap Criminal Defense is a division of Compass Legal Services, P.S. (CLS), a multi-practice firm founded in 2014 by our Managing Attorney, Heather Forrler.  CLS is a trusted legal resource for individuals, families and businesses throughout Kitsap County and often beyond.  Our firm helps hundreds of clients each year in the practice areas of:

Criminal Law matters may intersect or cooccur with legal issues from other practice areas and our firm is privileged to assist clients in matters within the entire scope of our practice.